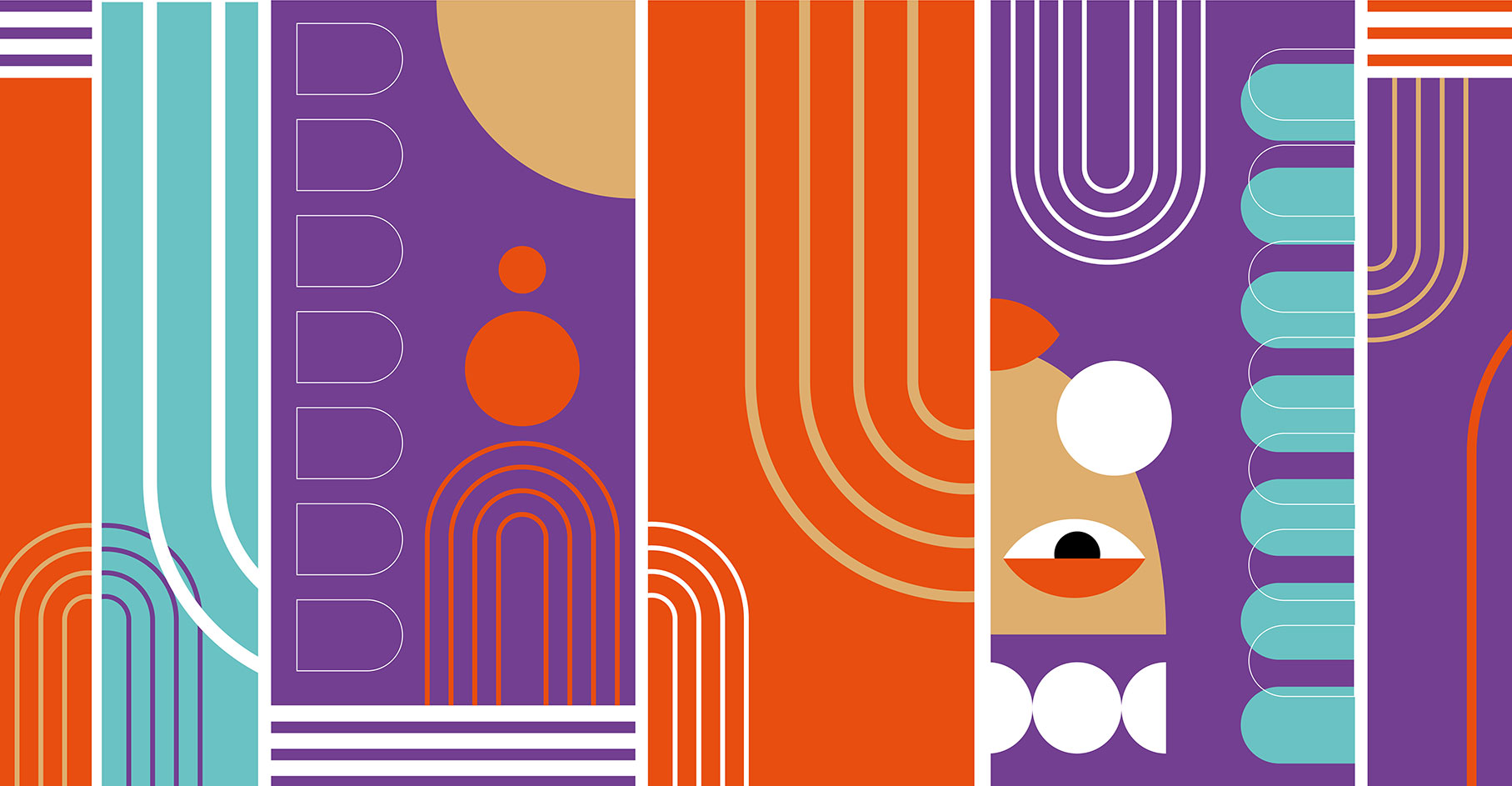 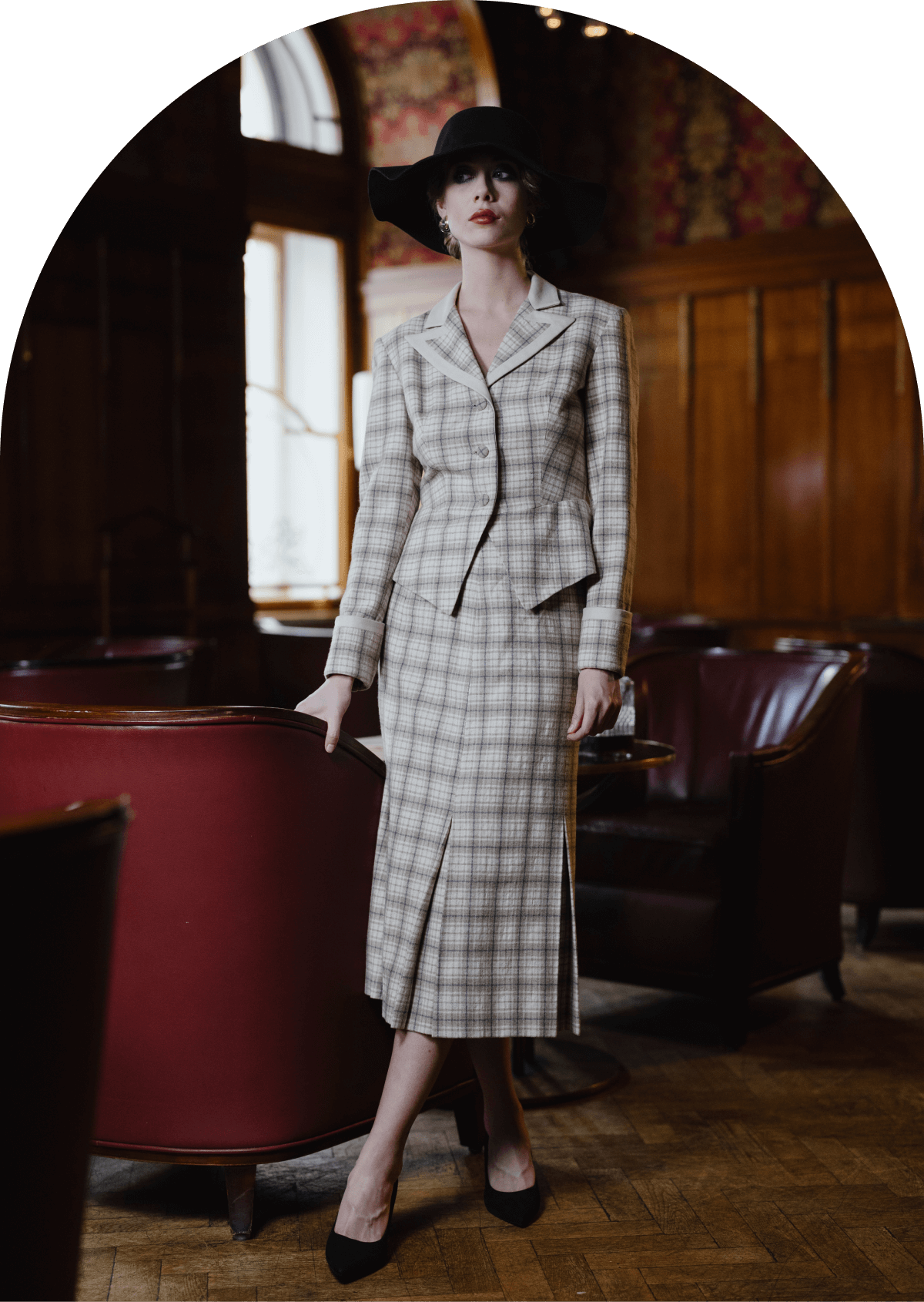 Art by MonAsty Hotel
inspired by the designs of ancient discoveries

Establishing its place in the Byzantine world as an intellectual center, in which many artistic currents found expression, Thessaloniki is home to many works of art, icons, mosaics and hagiographies. With the city's temples being UNESCO World Heritage Sites, and with very little artwork surviving today, MonAsty embraces art and collaborates with local and international artists to promote the city’s heritage, inspired by the Byzantine era.

Fikos Antonios is the creator of the two paintings that are placed in the area of ​​Samite Gastro Bar.
Fikos is the first modern painter-hagiographer in the world, who "marries" Byzantine with modern art and created "Modern Byzantine Art". Using new graffiti techniques, he manages to converse with the tradition that reaches back to Byzantium, creating such an impressive aesthetic effect with his art that both it and his name have traveled and become known from Europe to Mexico, through festivals, personal exhibitions, and project commissions. 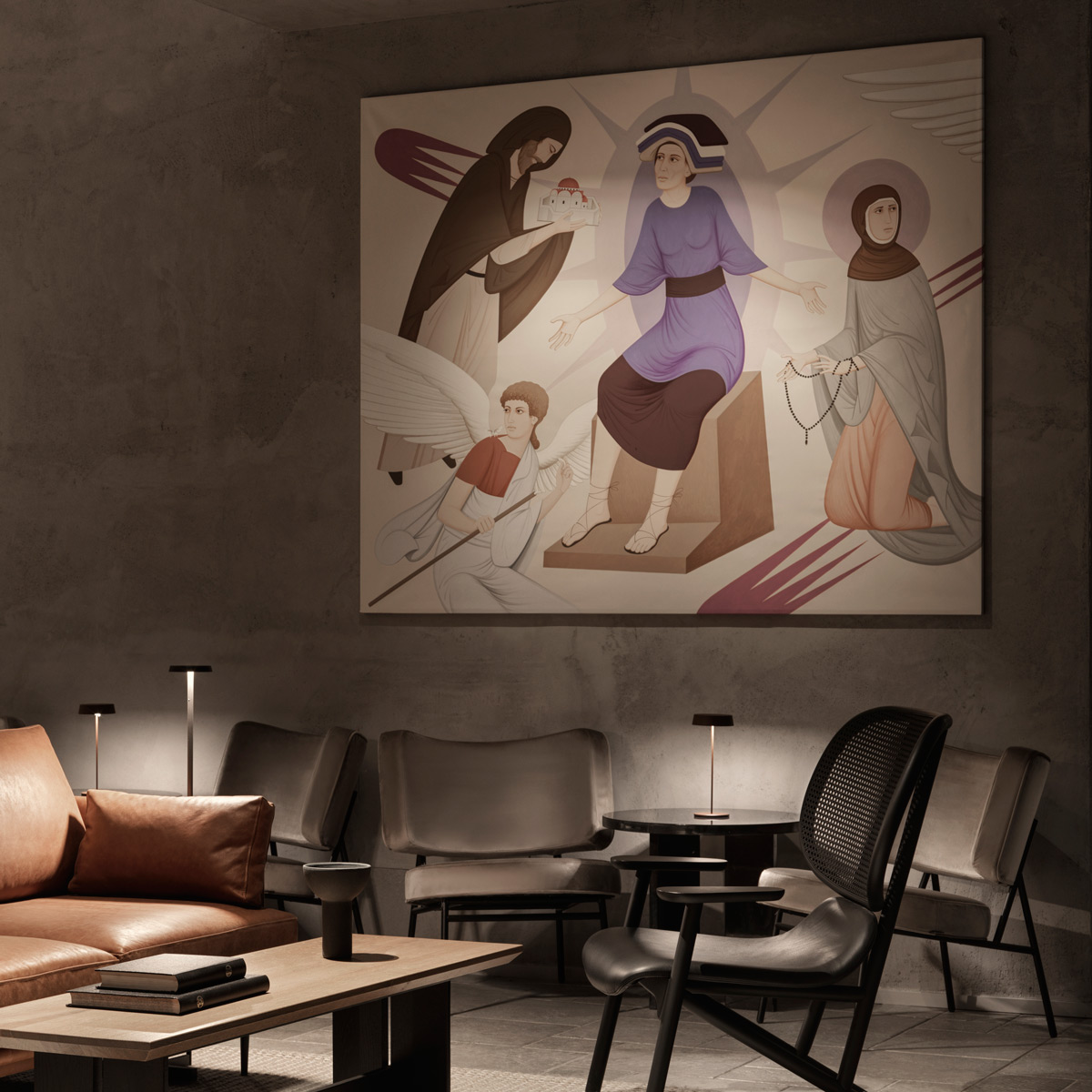 This diptych work is inspired by the theme of the hotel, which is the samite silk, and is a poetic rendering of the concept of offerings, with the personified Thessaloniki (left work) as the protagonist, which receives offers from various figures related to the history of the space and the region.

On the left, the founder of the monastery of St. Stephen, which is located right next to the hotel site (now the monastery of Agia Theodora), is shown offering the monastery. Below, an angel is bringing silkworms from China to Byzantium in a stick (an incident that, according to tradition, however, was carried out by monks in the 6th century). On her right, a nun (perhaps, the Empress Anna Paleologina, who died in Thessaloniki as the nun Anastasia) holds a rosary, offering, metaphorically, the spirituality that still characterizes the urban landscape of the city with its many Byzantine and modern churches. 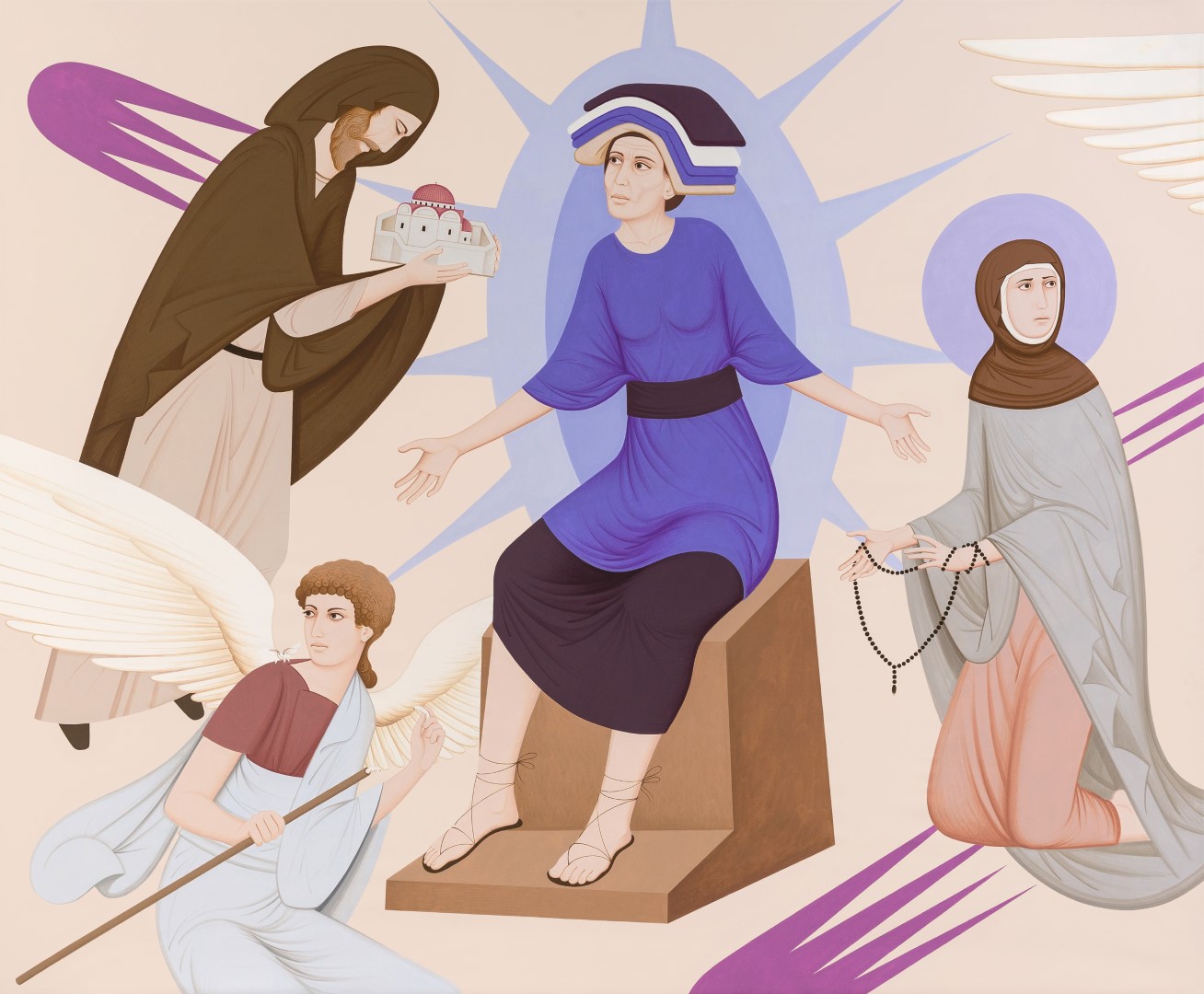 On the right work, angels bring flying their own offering, a silk cloth embroidered with the history of the city.

Starting the reading from the bottom left, we see references to: 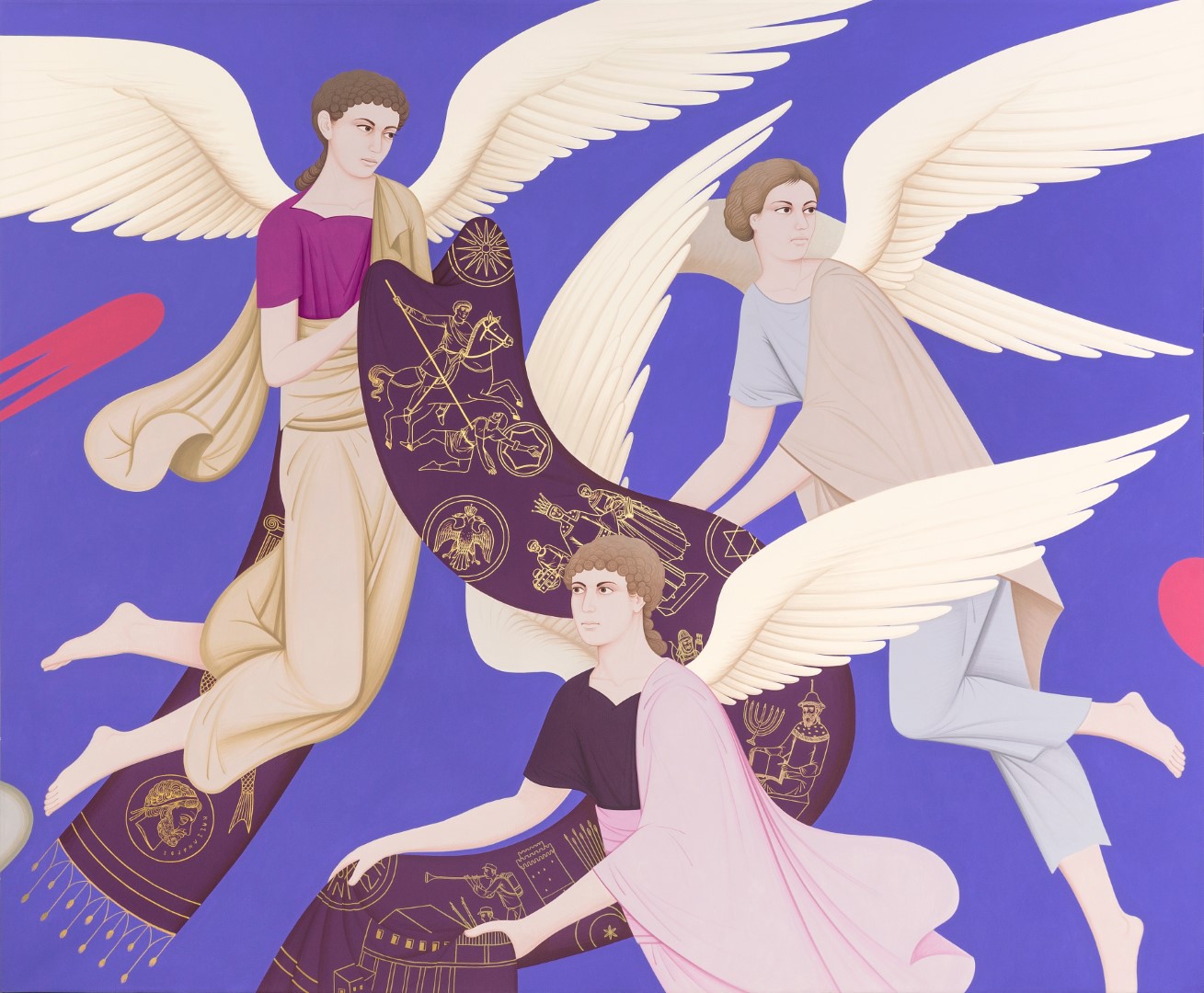 Samite was the favorite silk of the Byzantine emperors and their court. MonAsty in collaboration with local designers, inspired by the designs of ancient discoveries, created a series of silk scarves to revive the city's ancient heritage. The silk scarves are produced in Soufli, Greece, and are decorated in common areas within the hotel, as well as all rooms and suites. All the designs are also available for sale. 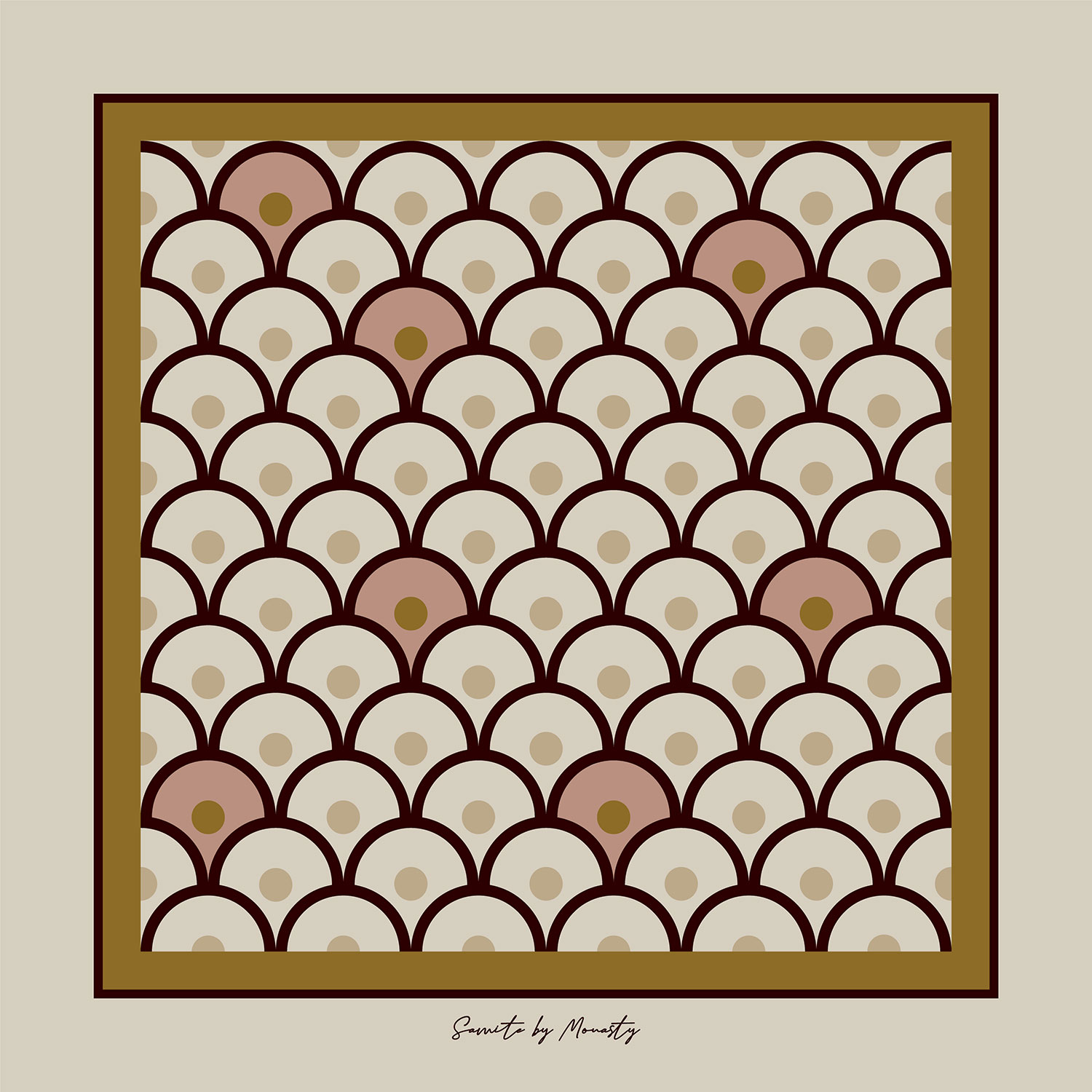 An educational experience of time-honoured, traditional artisanry awaits you at the Samite Silk Rituals at MonAsty Thessaloniki. Join us to a journey into the Byzantine silk painting and embroidering techniques that produced the famed silks widely traded from Thessaloniki to the entire world, and master the art for a unique experience with all elements of nostalgia and artistic craftsmanship. 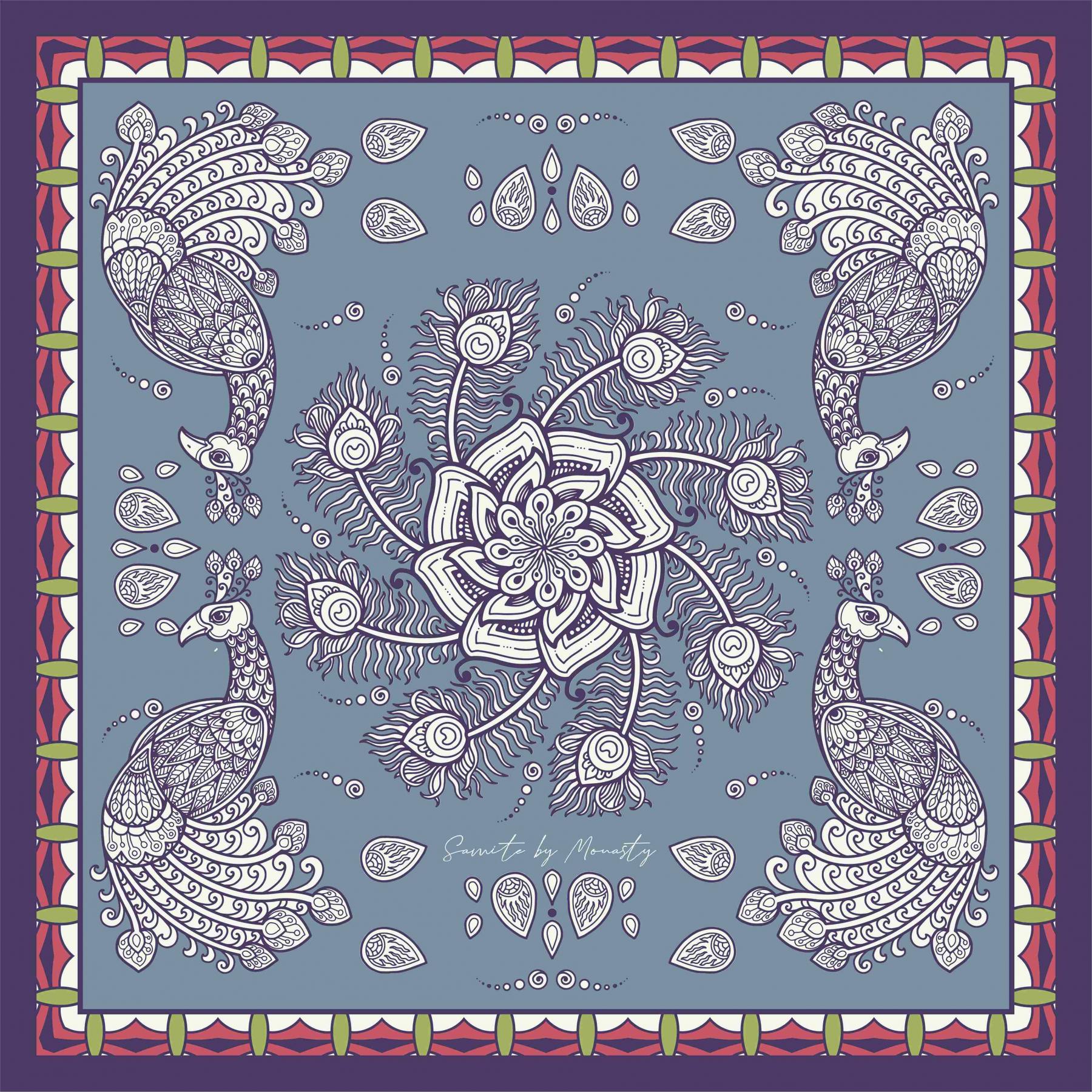 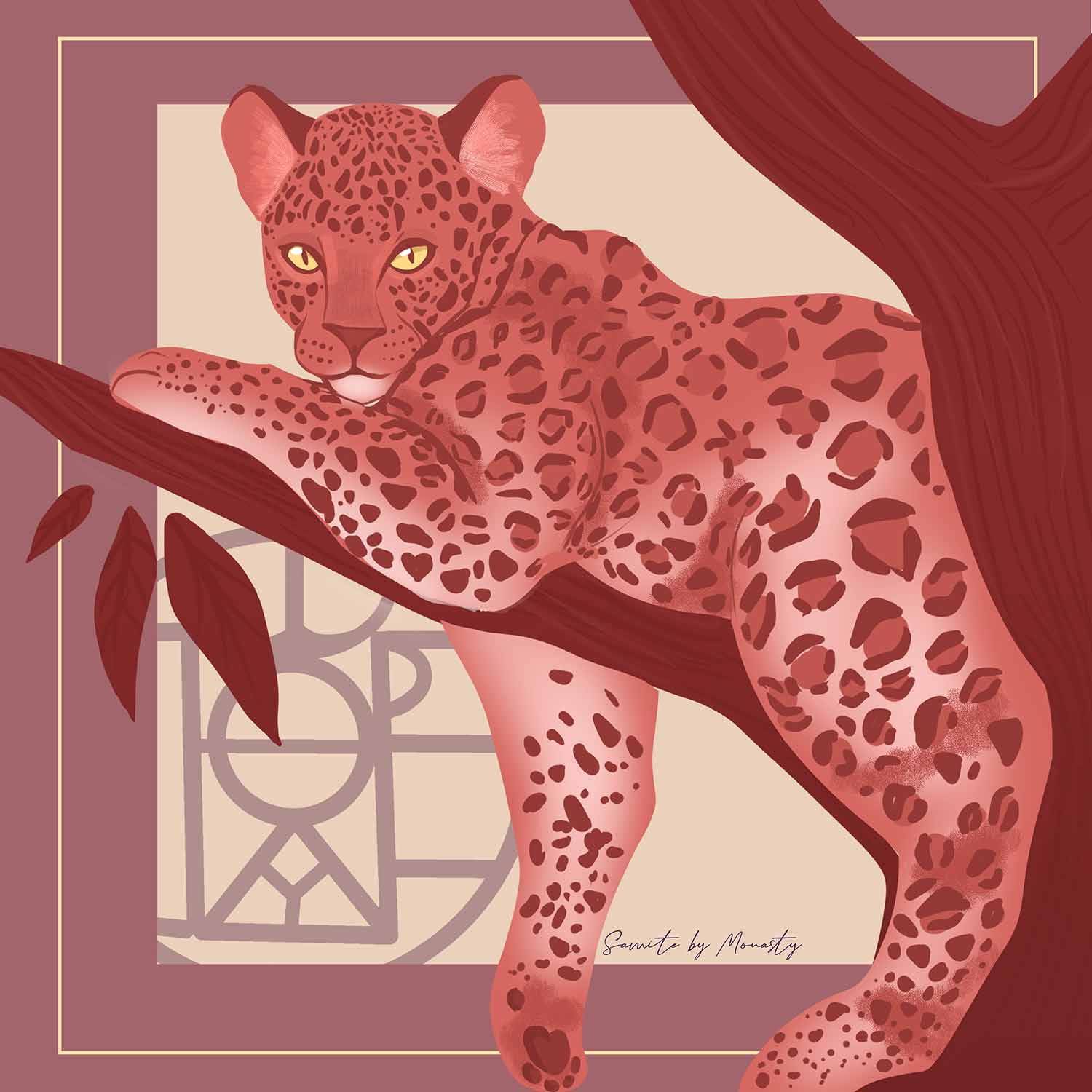 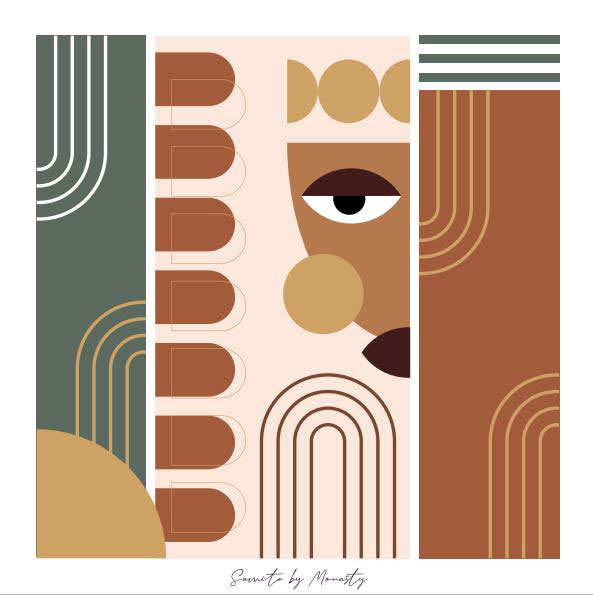 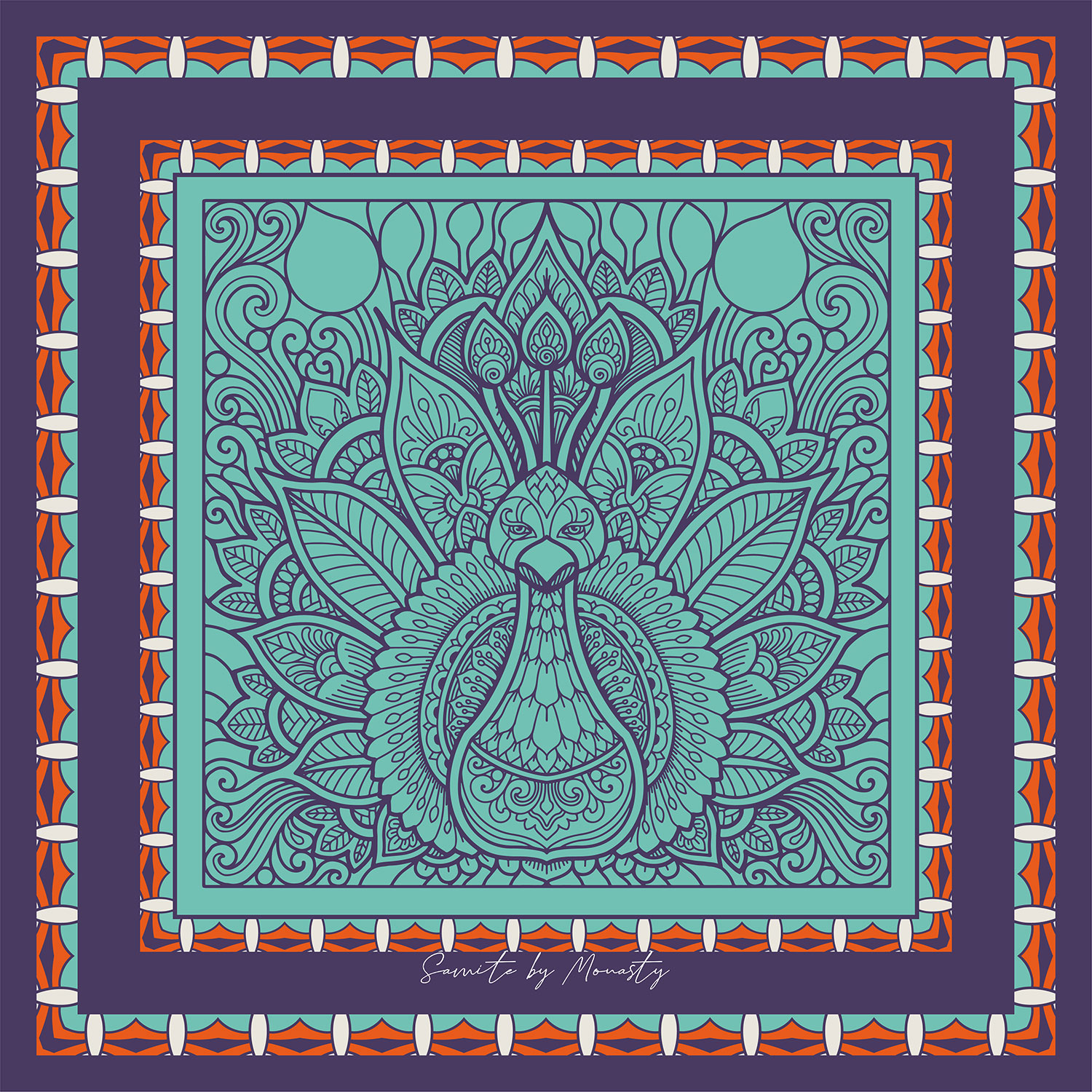 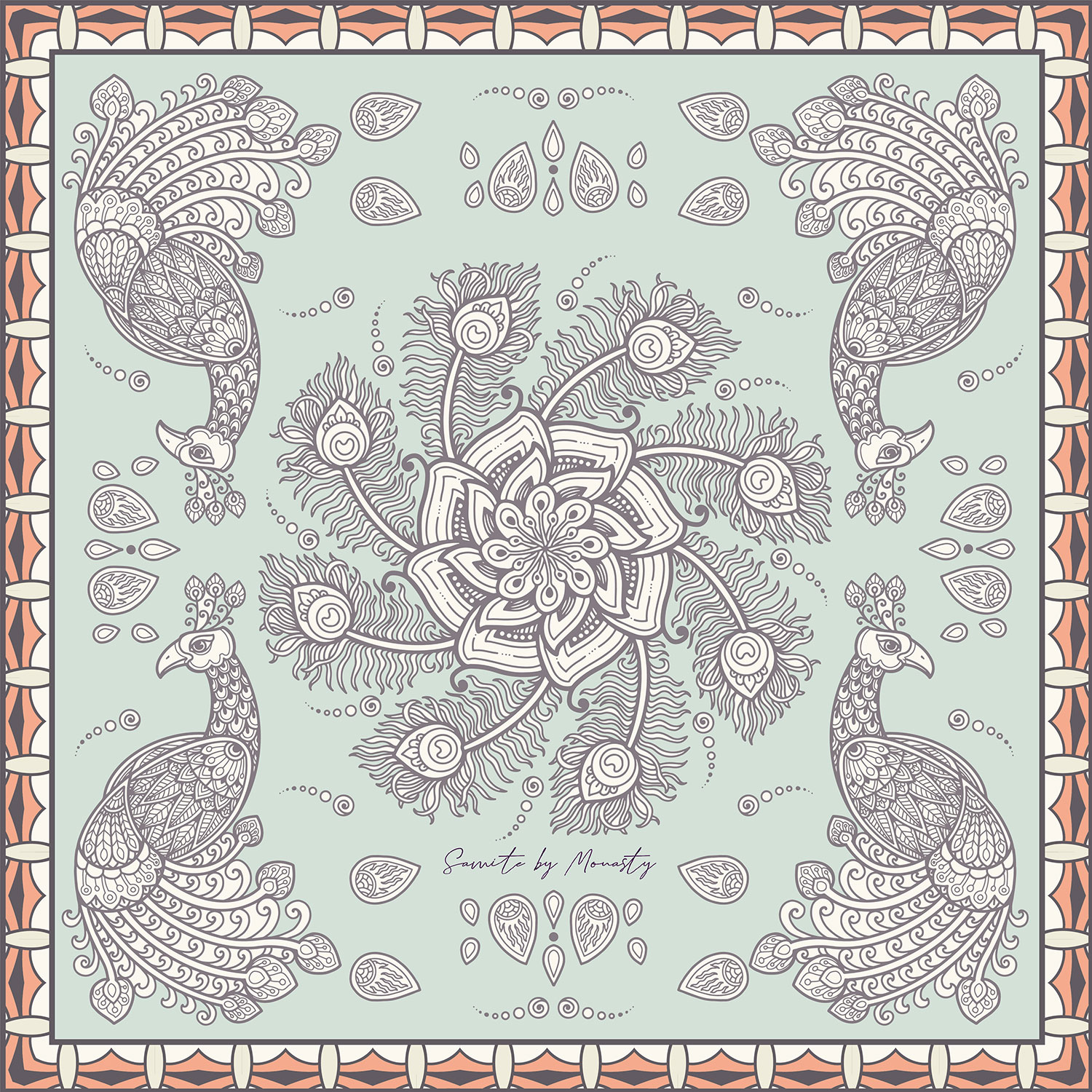 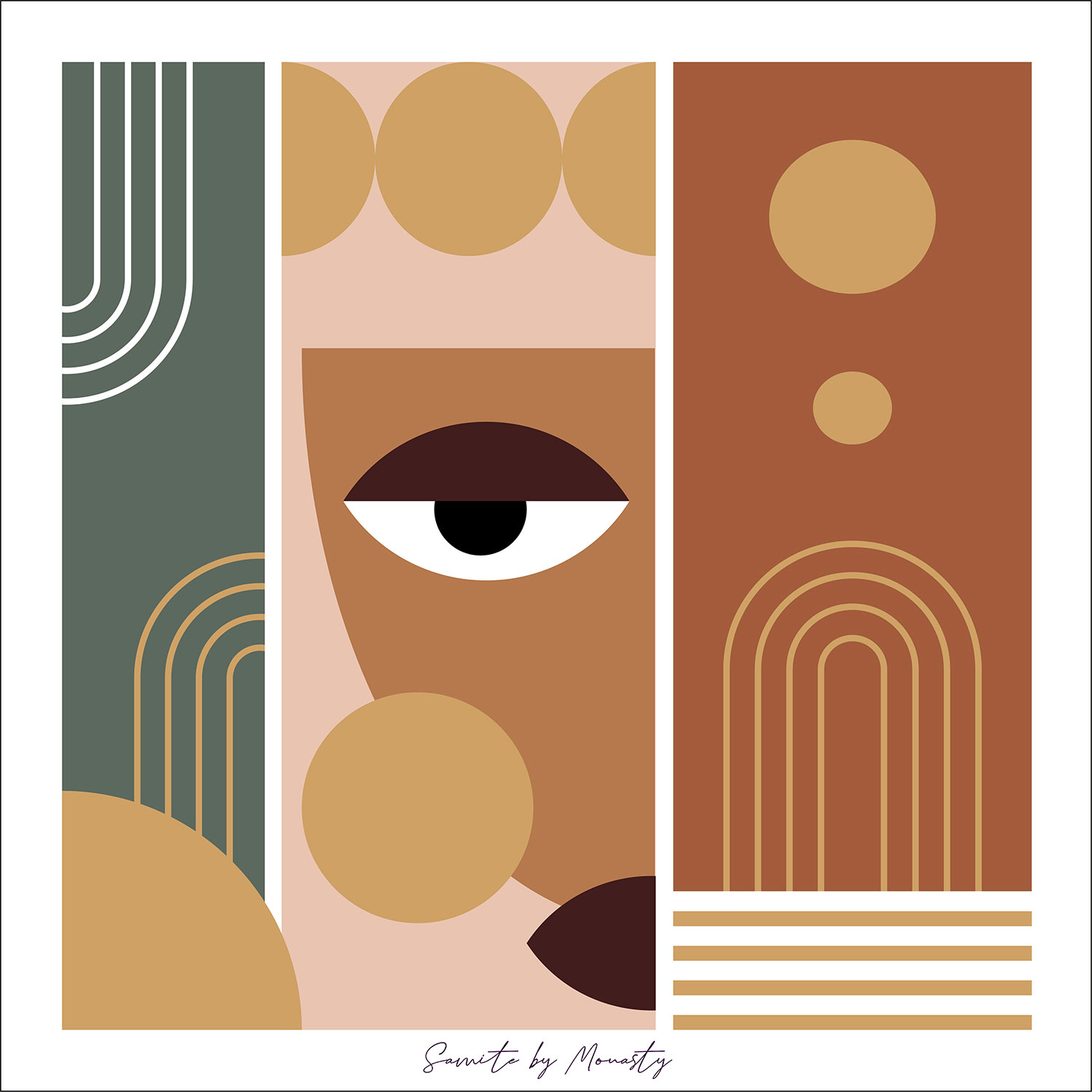 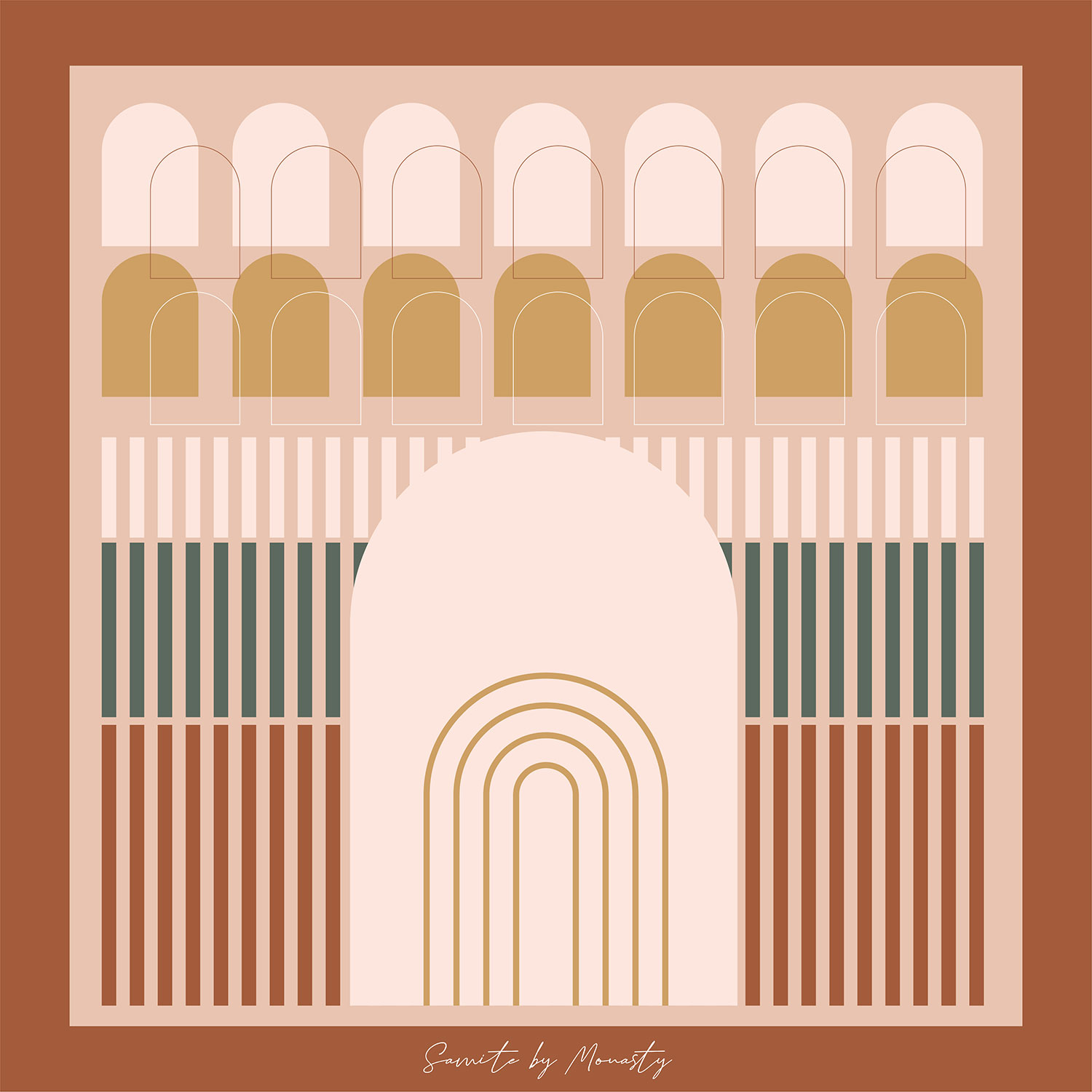 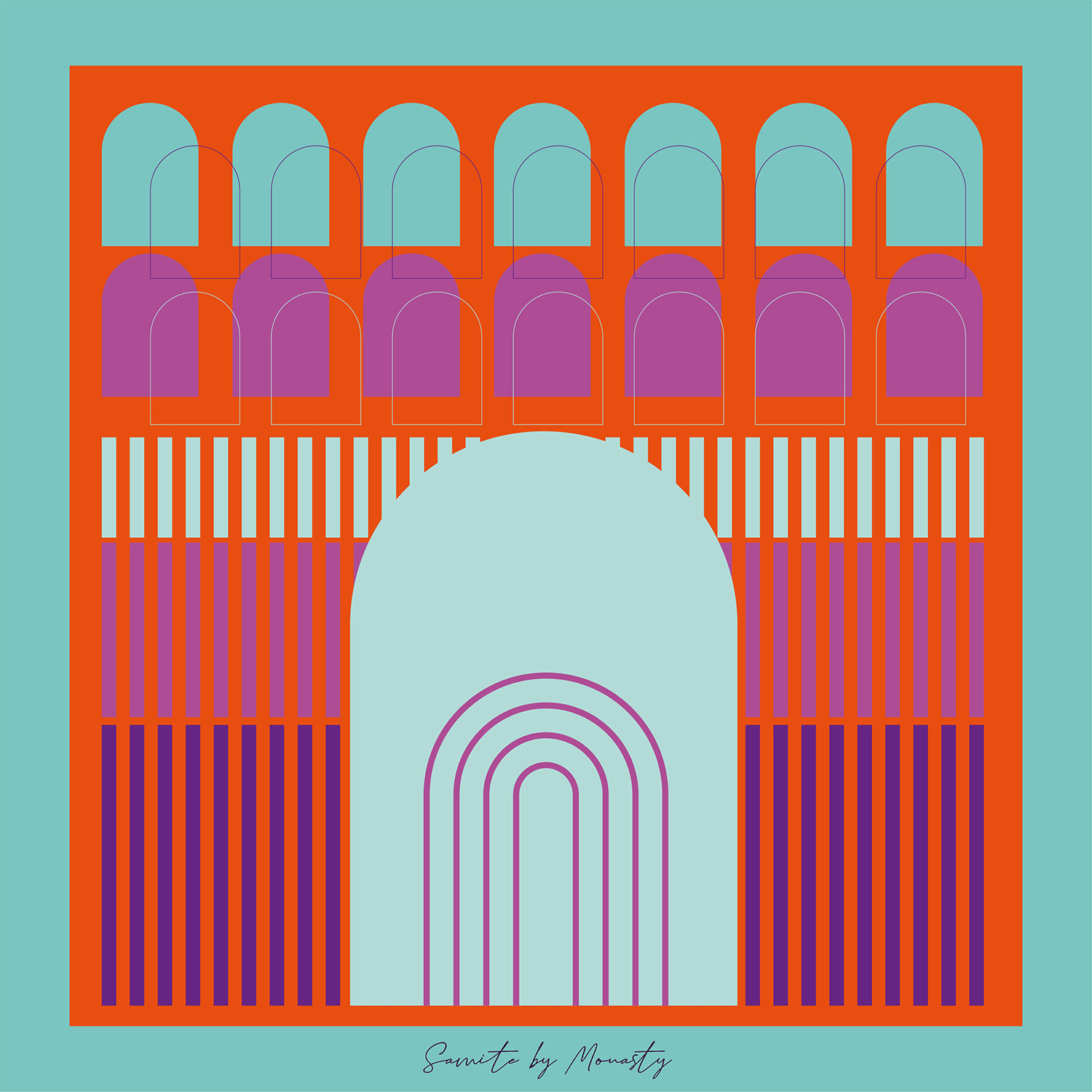 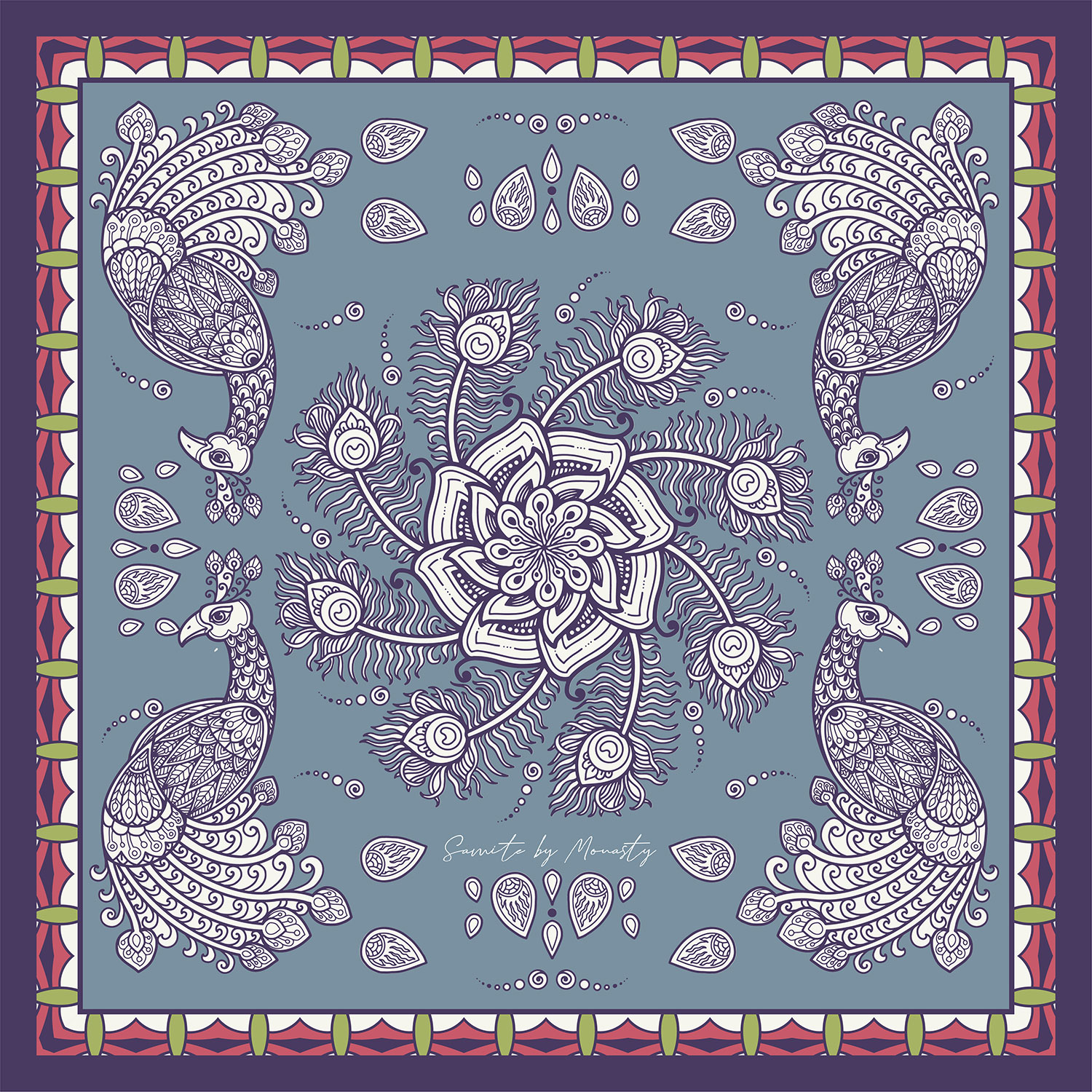